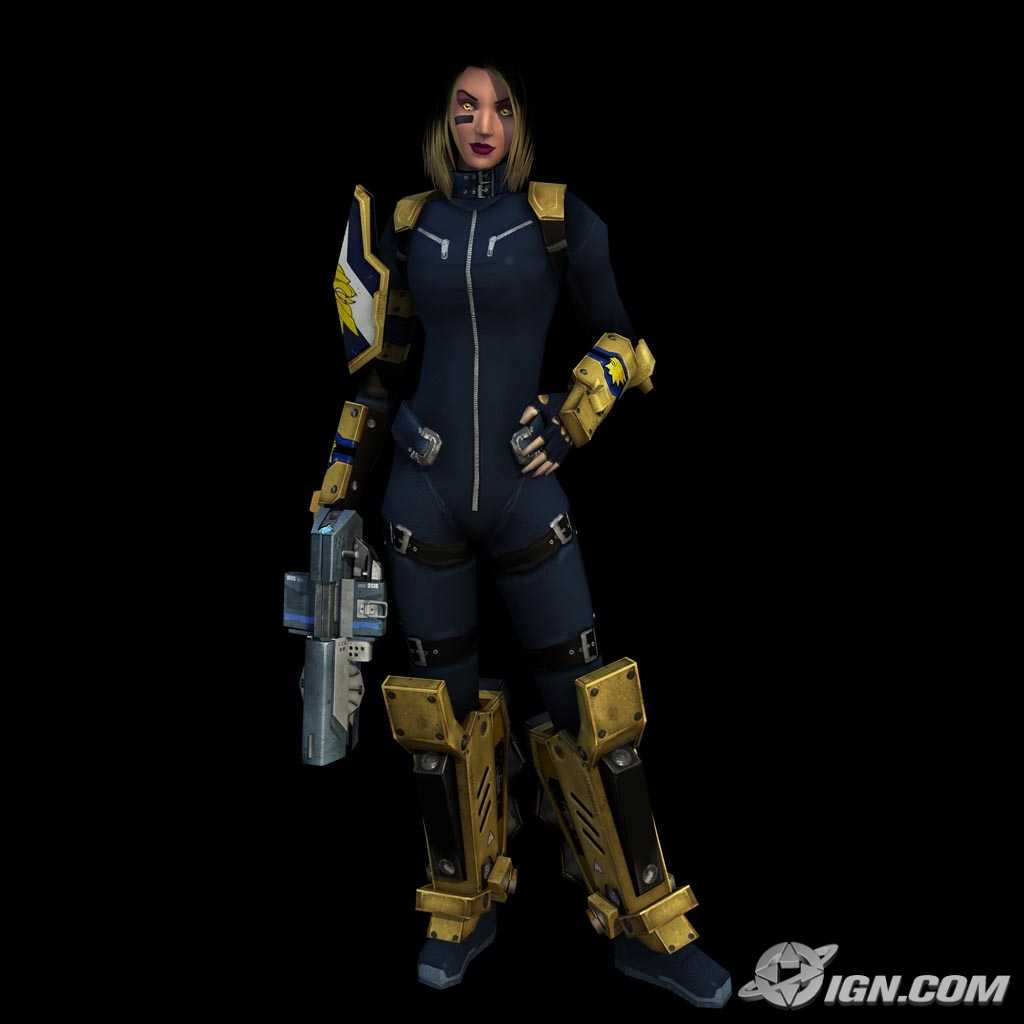 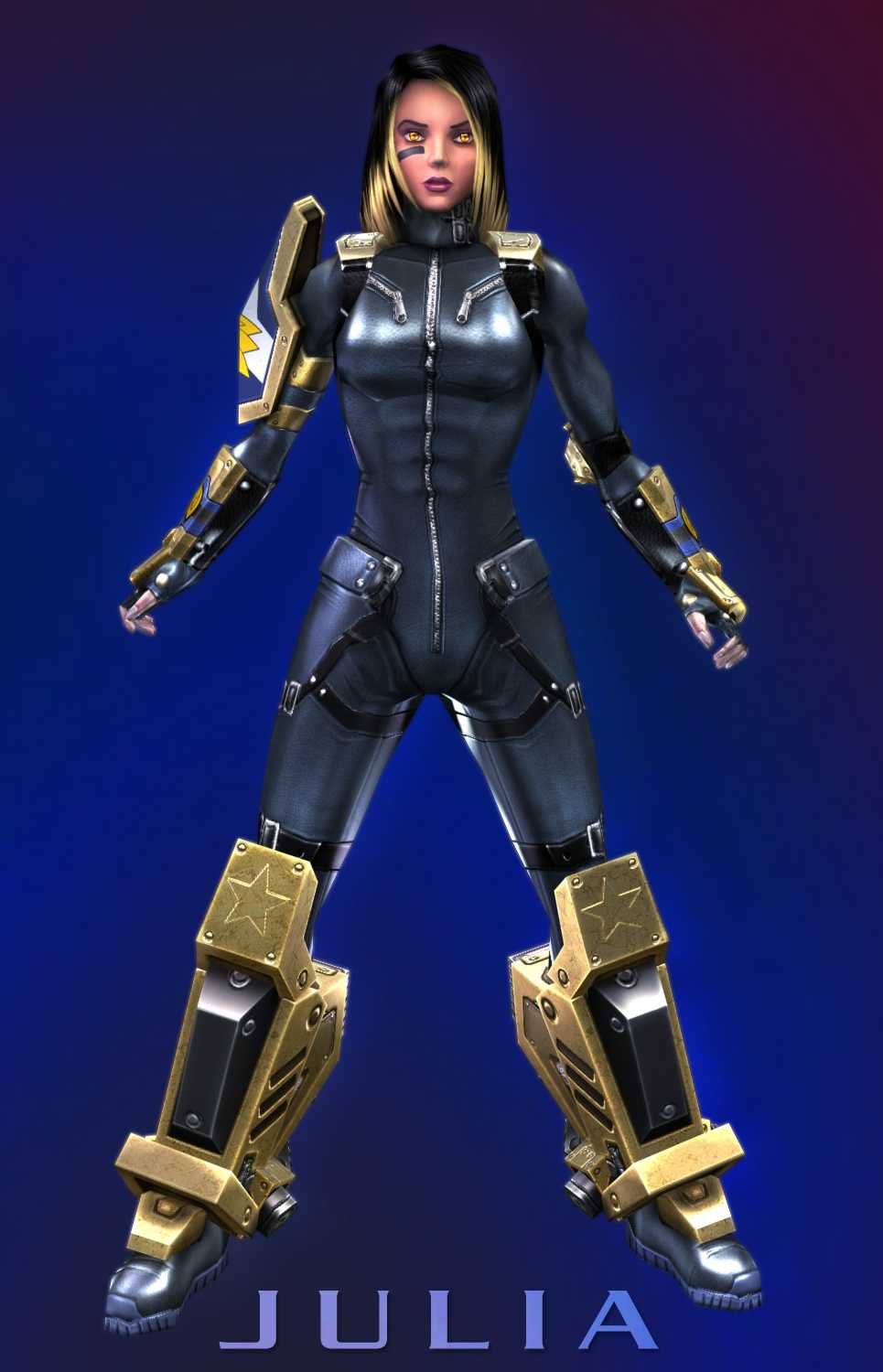 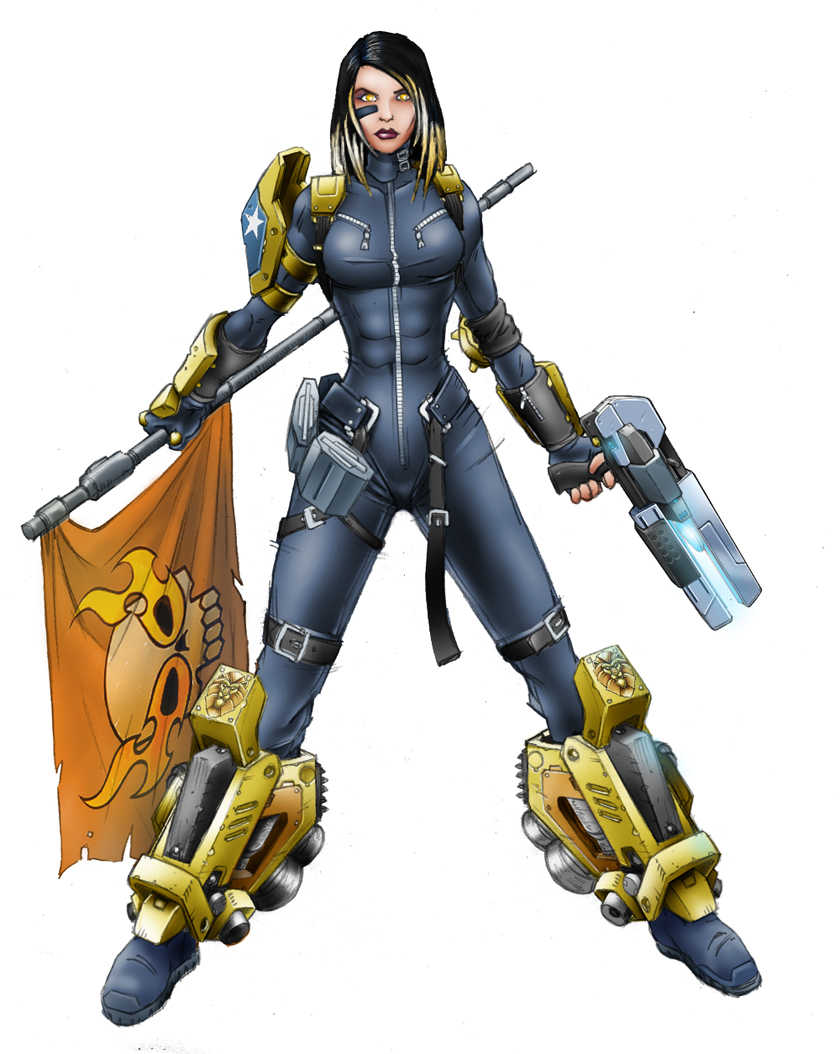 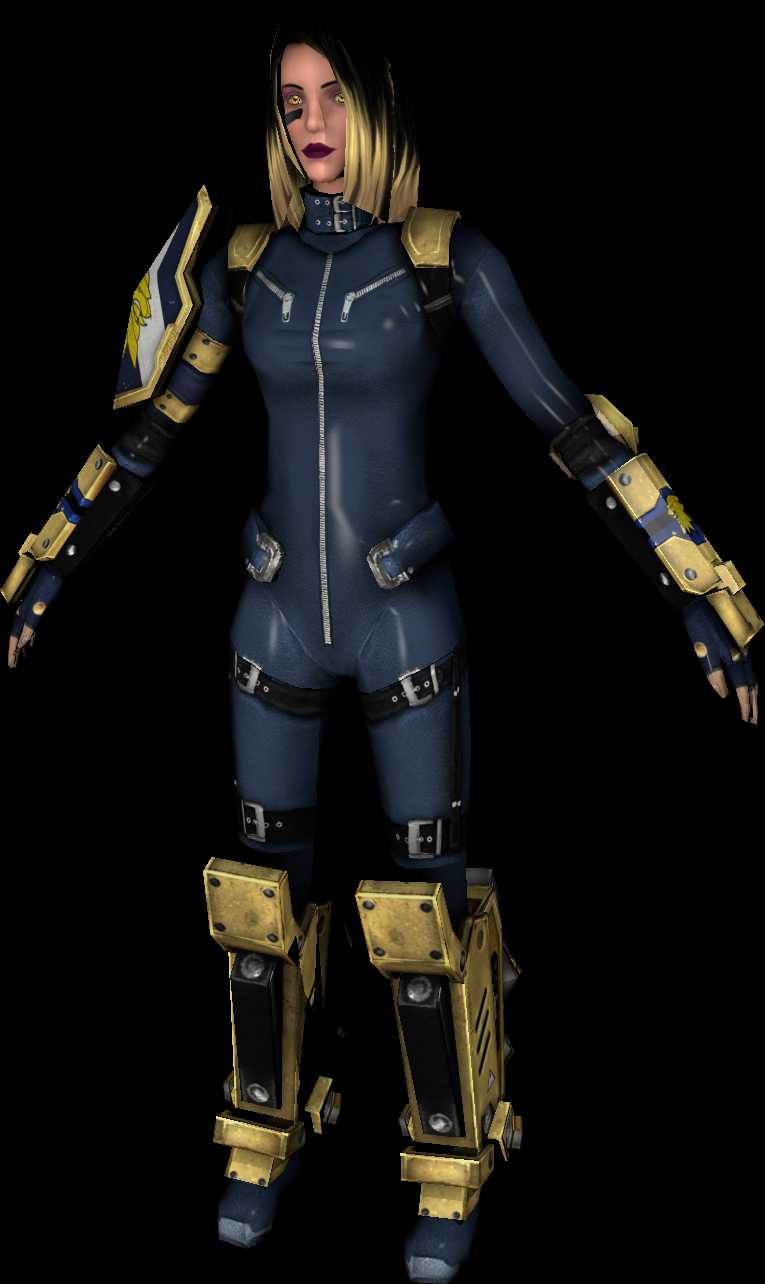 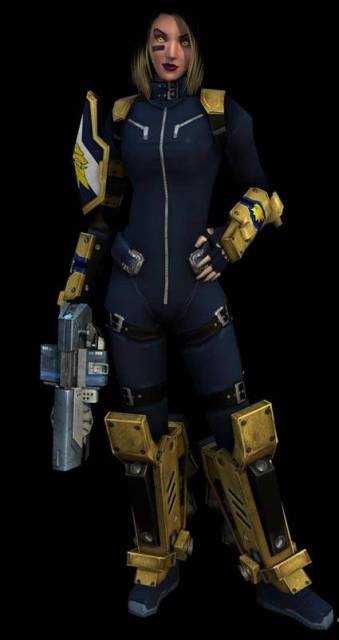 Julia is the daughter of Queen Victoria and Phoenix Leader Daniel from the Tribes series of games. With the first iteration of her she had brown eyes but they were changed to mechanically gold eyes that were surgically implanted in her. This was to give her HUD information without the need for bulky head gear that was needed by tribesman. She wears a special armor that has a special plating that makes the armor light and it has jets mounted on to it. She is caught up in this twisted tale that includes her parents hopes, tension between tribes, and also a quite elaborate plan to destroy the Tribals. (Taken from Giantbomb.com)

Victoria's daughter Julia, the yellow-eyed protagonist of Tribes: Vengeance. Another popular character from the Tribes series.

Princess Julia, the half-breed anti-tribal warrior from Tribes Vengeance, exported, converted and bonerigged for use in Unity and others. Original model by Vivendi Universal / Sierra Entertainment / Irrational Games. Who have since shut down or been brought out since 2004.

Anyways, the details are trivial and pointless, the fact is that Julia is here to stay and shoot discs from her spinfusor.*

1 - First get Unity
2 - Then get VRChat SDK, and import the asset
3 - Download and import this https://github.com/cubedparadox/Cubeds-Unity-Shaders/releases
4 - Once that's done, Open the Unity asset package and import everything.
5 - Finally, go to File, Open Scene and open the Julia.unity scene.
6 - Everything should be set up and configured correctly. All you need to do now is login to UnitySDK and then open the Build Menu, and upload it!

Forgot to mention this.

All avatars, models, and unity content included in Unitypackages are scanned for malicious and incorrectly configured files.

How to disable Adblock

Our adblock detection system detected that your browser modified certain parts of the page, if you are not adblocking and see this; hide this message or contact @seabug on our discord server.

We make a good effort to keep our advertisements as friendly and unobtrusive as possible. If you have any complaints or ideas please let us know on Discord.