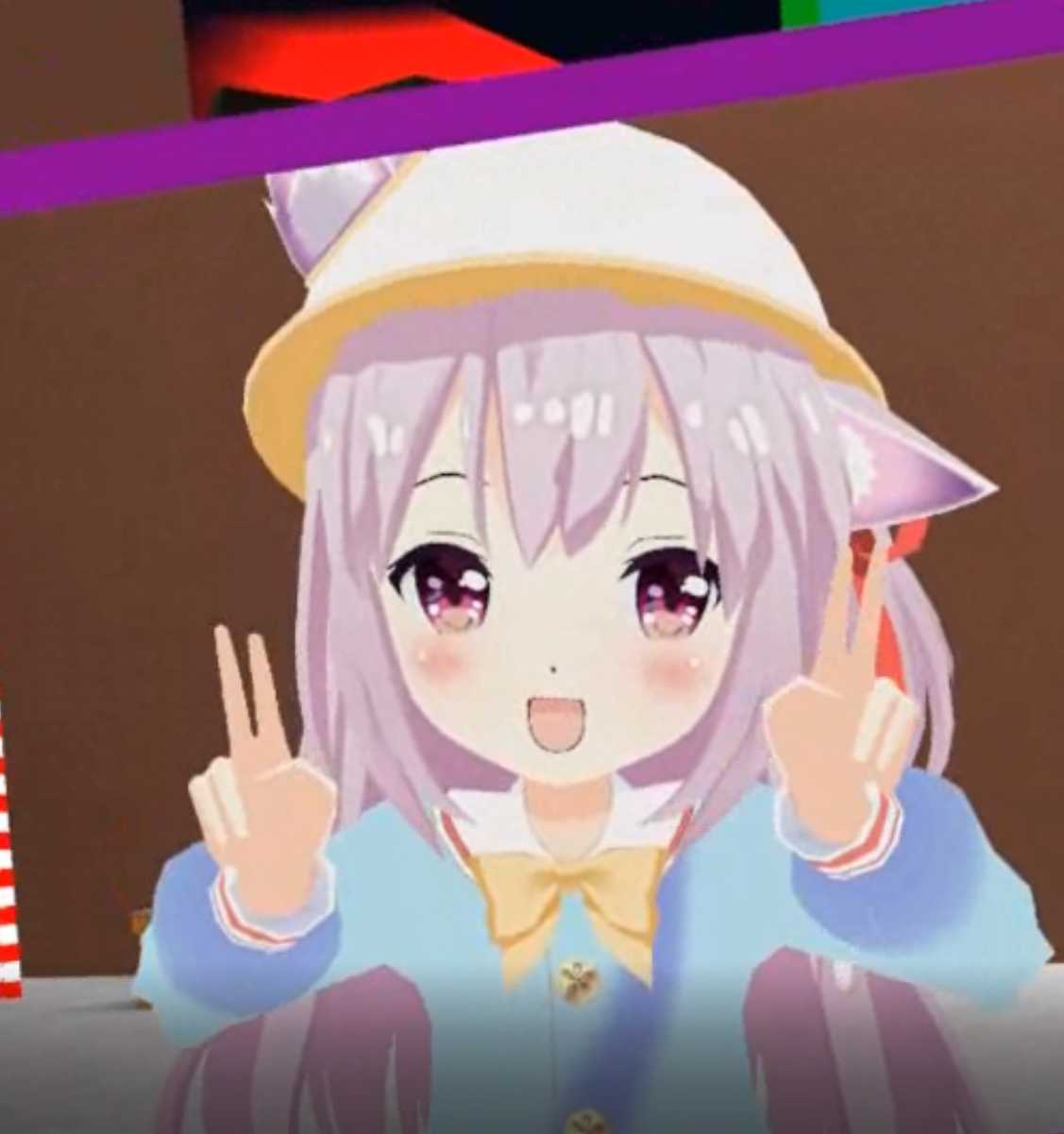 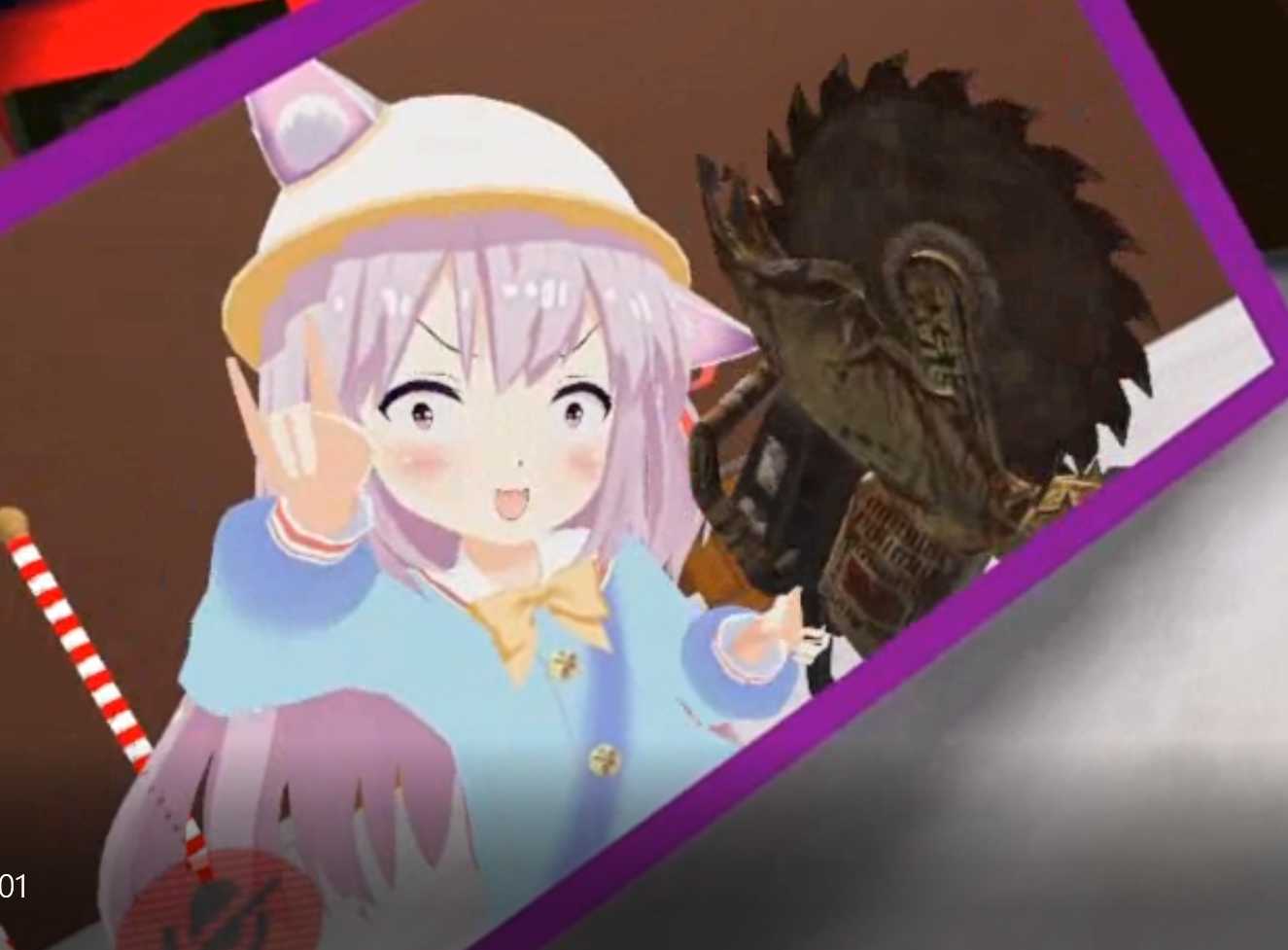 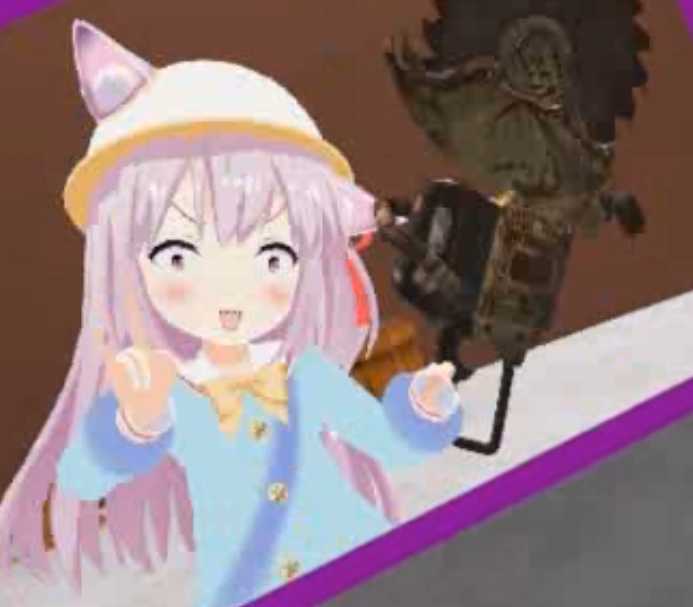 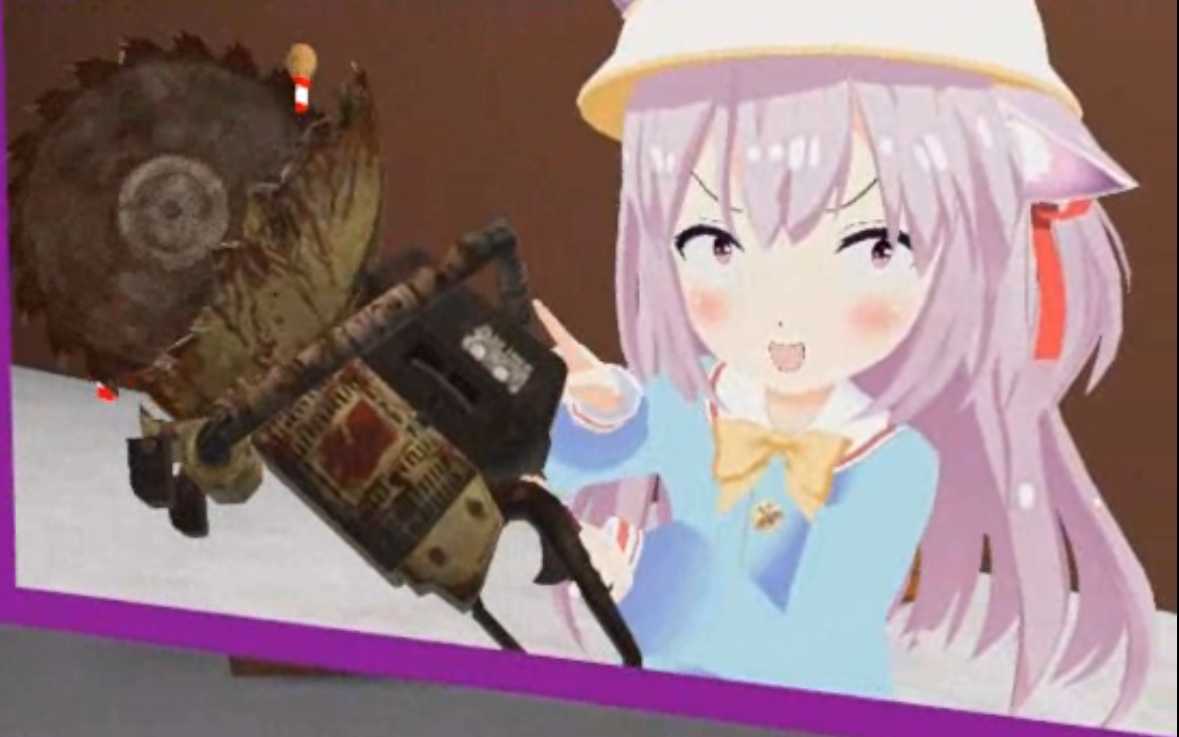 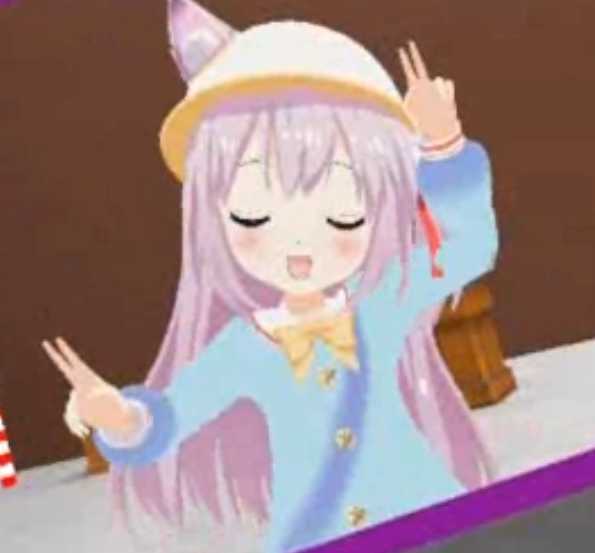 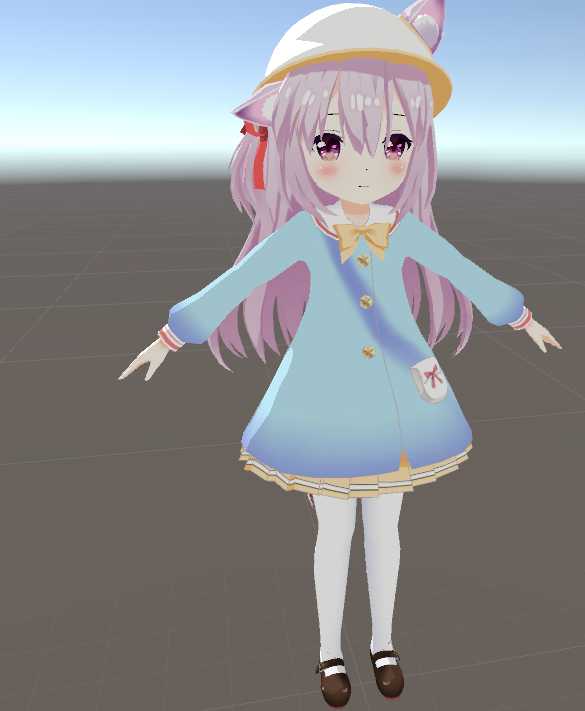 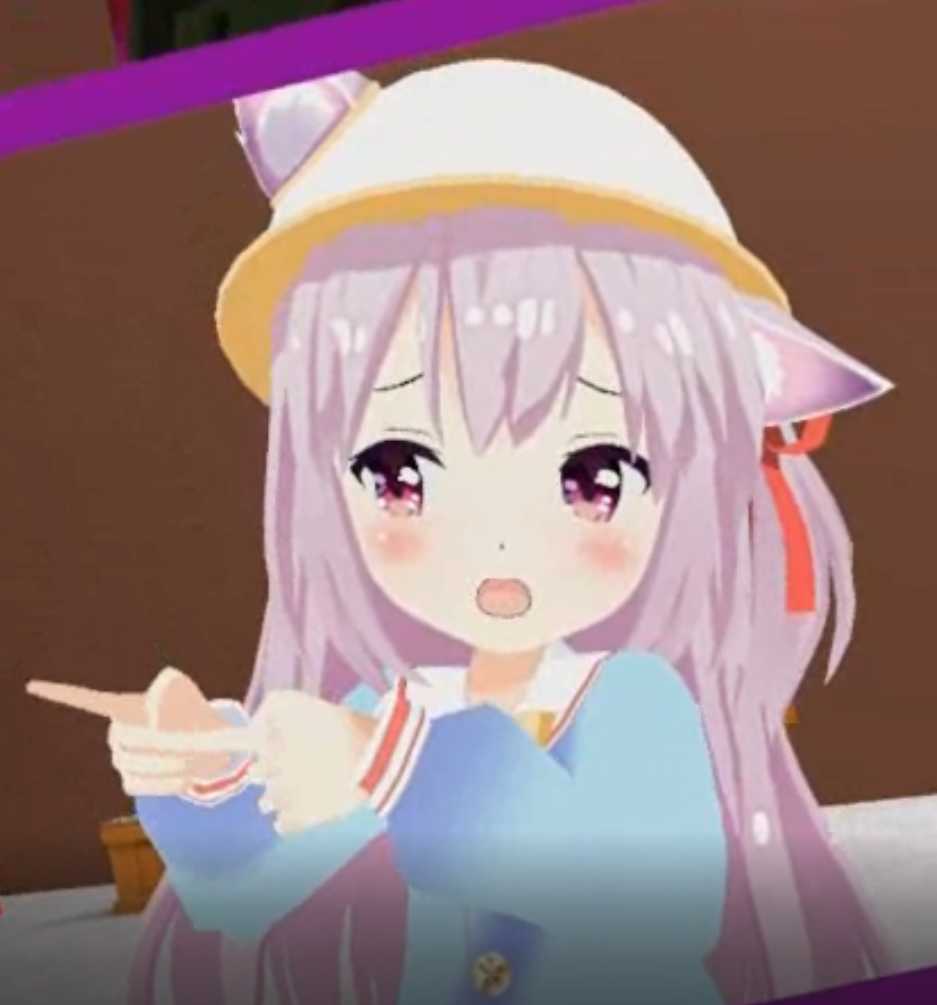 You will also need to import the CubedShaders package into unity before importing this avatar, the download link is below:
https://vrcmods.com/reqs/cubedunityshaders.unitypackage

This avatar comes with a working chainsaw along with two other gestures, has blinking animations, functional eye tracking, and lip sync. This model also has dynamic bones and colliders for the hair and dress. Has 8 custom emotes including: Caramell Dance, 0 To 100, Bubble Top, Gangnam, Hip Hop Dancing, Shuffle, Running Man Slav, Sweet Dreams

Installation:
1. Download the cubedshaders and vrcsdk if you don't have it. Links are above.
2. Import vrcsdk into unity, then the cubed shaders package.
3. import the avatar
4. Load the scene named Kisaragi placed in the folder named Kisaragi
5. Upload

There are three gestures for this model:
RockNRoll: Pulls out a chainsaw with a rotating blade and plays chainsaw audio
Victory: Happy expression
FingerPoint: Upset expression


Thanks to Roqj for his Kisaragi avatar model.

It fixed itself somehow haha

When i upload this avatar i get a clusterfuc of textures.

For whatever reason the chainsaw doesn't show...

So the 3 "Gestures" can they only be activated if you have the motion control sticks? Can't figure out how to trigger it and I couldn't see anything in the menu by those titles.

To get rid of the sunken mouth, just change all shaders on materials to "Unlit, texture". The model will always be looking bright in all lightning condititions, but at least there's no sunken mouth anymore.

@I don't think so. It was actually made that why by the guy who 3d modeled it.

Does anyone know how to fix the sunken mouth? It really bothers me.

How i can use the chainsow whithout vr?

Ya, may have been an error.

@atomic storm there is lip sync. if its not added in already due to importing error or something just add it in yourself using the visemes lip sync thing. It should already be there though.

Yeah the sunken mouth thing is still there, anyone know how to fix it?

If i override emote1 emote2 etc. in the controler, to use it on pc, the avatar just flicks underground for a sec what to i need to do?

There is no lip sync. I think the sunken mouth is still there. Some animations are being weird for me. Added some of my own stuff since some things i do not like. But the chainsaw is cool

Does this model also have that weird sunken mouth?

Yep @bobilly89 that’s the problem I had with mine as well. But doesn’t happen with other avatars, it’s weird

@Exozze the error seems to occur when using the latest VRCSdk. Please use an older version. The one that works best is the one from january 23rd. I will upload the sdk and put the link in the description.

You forgot the Cubeds Shaders that u need to add

the model turned pink for me am i importing it wrong ir is there something wrong with the file itself?

@bobilly89 are you on the discord? ive had the same problem and posted a picture on there

I have made a lot of the same changes except lip syncing and chainsaw. Cool man! Mine kinda broke in Unity as well so I can just add additions like I may not want the chainsaw. Thanks!

Error : the following component types are found on the avatar and will be removed by the client

That was quick. Top notch quality model, thx a lot!

@arcrox I updated the model to fix the hair. I also reduced the volume of the chainsaw and added colliders for the hair and dress.

Is the central tuft of hair supposed to look like the 5th and 6th pictures? That's how it appears in Unity/in-game. I was hoping it would look like it does in the screenshots of avatar testing room.

All avatars, models, and unity content are available as unity package files. Follow our tutorials below to install, create and do more with these files!

Uh oh. Are you using an ad blocker?

We make a good effort to keep our advertisements as friendly and unobtrusive as possible. If you have any complaints or ideas please let us know, and please whitelist our site to show your support. Visit website-help on our Discord server if you keep seeing this message.

Sometimes this message can be caused by VPNs or other ad block technology, feel free to hide this message below.